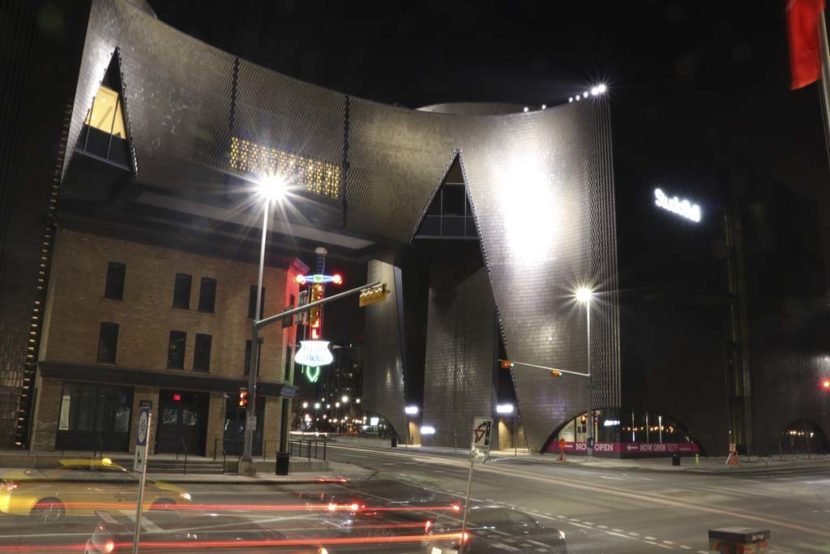 A part of Calgary’s East village the National Music Centre. Home to a collection of musical instruments that are part of Canada’s history in music. Originally the plan was to preserve the King Edward Hotel a historic hotel in Calgary’s East Village after it was Condemned but given the opportunity they built the Centre. The King Edward hosted numerous Jazz musicians.

The Centre is made of ceramic tiles that have a floating affect, they were brought from Germany and the Netherlands. The building was designed to carry sound around the building so that you can hear the music being played from the 5th floor at the first floor.

Artists may take up residence at the Studio.

The Architect behind the building is Brad Cloefil he has had a hand in  designing structures like the Seattle Art Museum and he designed the University of Michigan’s Museum of Art.

The Bell Studio is also available to be rented for parties and special occasions.