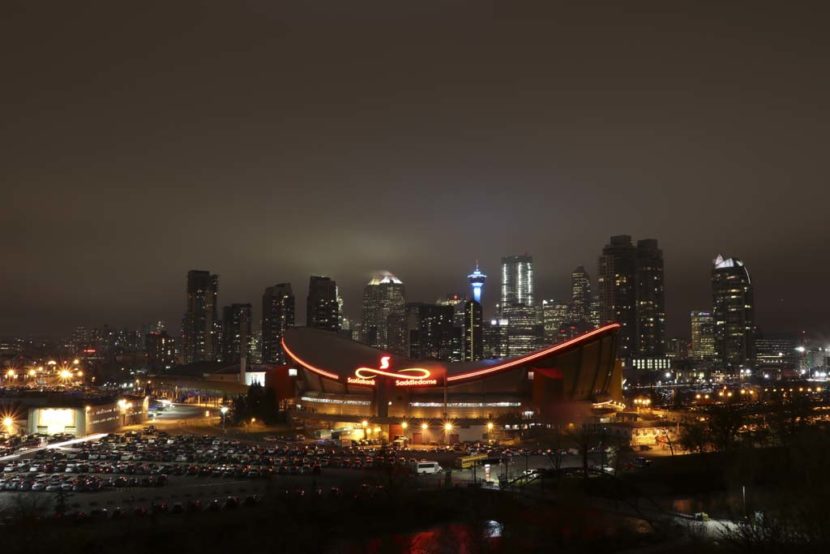 The Saddledome began construction in 1981 and was complete in 1983 costing $97.7 million Canadian dollars.

It was originally called the Olympic Saddledome as the city was getting ready for the 1988 Olympics. Where they hosted Olympic figure skating and hockey events

It also hosted a number of Stanley Cup games in 1986 then in 1989 where the Calgary Flames tasted victory over the Montreal Canadiens. The last time they hosted the Stanley Cup was in 2004.

The biggest event recently hosted at the Saddledome was the NBA preseason game between the Toronto Raptors and the Denver Nuggets.

The Saddledome’s grounds is also where the Calgary Stampede is held every year, known as the worlds largest outdoor show.

The Saddledome has also hosted musical events most recently the final show of the Tragically Hip.

It has also hosted royalty as Queen Elizabeth II came for Alberta’s centennial in 2005 at the Saddledome.

It is currently one of the oldest arenas in the NHL and most unique, never in my travels have I seen a stadium shaped like a Saddle.

The shape highlights the western theme of Calgary and the surrounding areas.

Calgary is cowboy country in many ways this Stadium just highlights that very well.